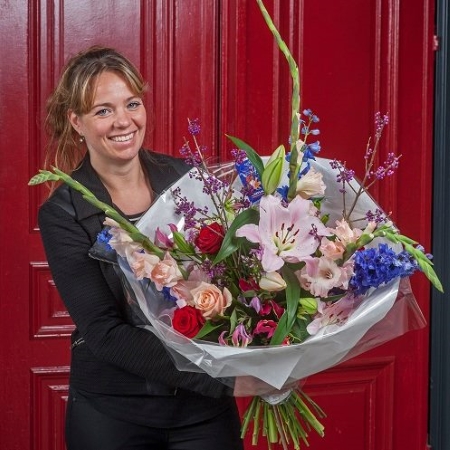 Flowers mean a lot to me, in particular the colours, scents, shapes and structures. And therefor they represent a special value in my line of work. At a young age I knew I wanted to be creative with flowers and since that day I work with great passion and enthusiasm with this great product.

In the Northern part of the Netherlands I run a store with my husband/companion. We also organize a lot of activities in the Netherlands as well as in foreign countries.

All session by Dini Holtrop