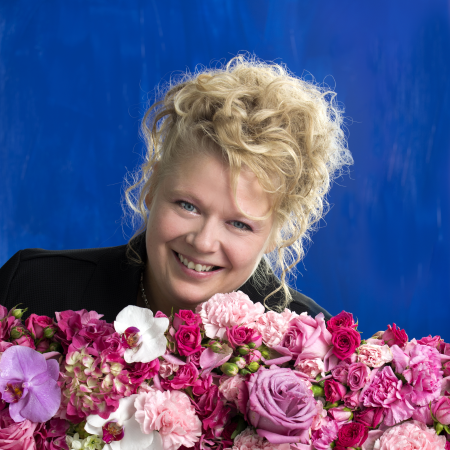 Pirjo Koppi is a passionate spokesperson for floristry, who has done quite a bit in the world of floral design. Pirjo has studied floristry throughout Europe through Flornet education. The field trips included Sweden, Hungary, Germany, Netherlands, Norway, Italy, as well as Finland. Pirjo has also trained herself as a Specialist in Competence-based Qualifications, a teacher in Finnish Florists’ Association and as a National Certified Judge in Floristry Design. She did her first floral demonstration over 20 years ago and since then has performed and held workshops in Finland and around the world, in places like Estonia, Canada, Germany, Great Britain, Italy, Japan, Netherlands, Norway, Poland, Singapore and Sweden.

And many additional awards, participations and honours.

All session by Pirjo Koppi